Though a nutritious diet and regular exercising are excellent ways to maintain a healthy weight, these habits don’t always create the body contours we want. Genetics, hormones, and normal aging can all contribute to the development of stubborn fat deposits, especially around the abdomen. If you’re close to your ideal weight but find yourself struggling to achieve balanced proportions or visible muscle tone, liposuction can help. Board-certified plastic surgeon Dr. Bryan Armijo offers liposuction to safely and permanently remove diet-resistant fat.

How does Liposuction Work?

Liposuction involves the use of gentle suction to remove unwanted adipose tissue. During liposuction, a thin tube called a cannula is inserted into the patient’s fatty tissue through a keyhole incision. This incision is very small, so it doesn’t typically leave a noticeable scar. The patient’s unwanted fat is then prepared for removal before being carefully siphoned out. To make this process as noninvasive as possible, Dr. Armijo employs two state-of-the-art liposuction techniques: suction and laser-assisted liposuction.

Tumescent liposuction, an advanced approach to traditional suction-assisted liposuction, increases safety, precision, and comfort during the procedure. A sterile solution consisting of anesthetic and epinephrine is carefully administered, causing the treated area to become numb and slightly swollen. This allows Dr. Armijo to easily insert the cannula into the keyhole incision for the targeted removal of excess fat, resulting in the desired shape and contour. The tumescent technique decreases post-operative bruising and promotes faster healing.

What are the Benefits of Liposuction?

Liposuction offers several advantages that make it an appealing choice for patients struggling with diet-resistant fat.

Though most patients choose to have liposuction performed on common problem areas, like the belly, back, or thighs, this procedure is extremely versatile. Cannulas are available in a wide variety of sizes and shapes, so liposuction can be used on even small parts of the body, such as armpits, ankles, above the knee and under the chin.

Even if you gain a moderate amount of weight after having liposuction, the areas that you had contoured will remain proportionally slimmer than they were previously. For example, if you have your waistline slimmed with liposuction, you will retain an hourglass figure, even if you gain weight. As such, liposuction can create long-lasting positive changes in body shape.

Having liposuction also makes it easier for some people to achieve a visible muscle tone. Women often have a higher percentage of subcutaneous fat (diet-resistant fat that lies just below the skin), which makes it hard for them to obtain defined abdominal muscles or biceps. By removing some of this subcutaneous fat, liposuction makes visible muscle definition possible.

Our team is ready to help you with any questions you may have! Contact us to learn more about a procedure or to discuss the next steps. We look forward to meeting you.

Who Makes a Good Candidate for Liposuction?

The ideal liposuction candidate is a healthy adult who has a BMI under 30. Liposuction cannot induce dramatic whole-body weight loss, so patients need to be close to their ideal weight before they can have this procedure. Liposuction is used to spot-reduce fat in areas that remain poorly toned even after successful dieting.

All liposuction candidates must be current non-smokers. If you smoke, you’ll need to quit at least three weeks before and after your procedure, as smoking increases the risk of surgical complications and delays healing after surgery.

Liposuction recovery is typically brief, and most patients don’t report significant discomfort while they heal. If you have liposuction, you’ll need to rest at home for five to seven days after your procedure. At first, your results may be obscured by swelling, but this swelling will gradually subside over the following three to four weeks, revealing your lean new shape.

Arrange a Liposuction Consultation in Dallas with Dr. Bryan Armijo

Not getting the results you want after dieting or working out consistently can be frustrating and demotivating. If you’re feeling fed up with stubborn fat, liposuction provides a safe, effective option for slimming down. To learn more about this procedure and how it can help you, contact Dallas plastic surgeon Dr. Bryan Armijo at (214) 540-1434 to arrange your consultation.

How long after liposuction until you see results?

Results generally manifest between 1-3 months after getting liposuction surgery. This is because it takes the body time to heal and remaining tissue to settle in place before the proper contours after liposuction in Dallas, TX, will reveal themselves.

What is another term for Liposuction in Dallas?

Another popular name for liposuction in Dallas is body contouring. Body contouring comes from the result of liposuction, where the natural curvature of your bone structure and body is better visible after a liposuction treatment.

Can liposuction be performed with other aesthetic procedures?

Most certainly. Liposuction is often a precise procedure, treating a single area, such as the lower abdomen, thighs, or buttocks. It is regularly used to remove fat in abdominoplasty, body lift, arm lift, Brazilian butt lift, thigh lift, and mommy makeover procedures. Additionally, many patients enjoy a comprehensive approach to their makeover with less invasive procedures like dermal fillers or a skin resurfacing treatment such as microneedling.

How much does liposuction cost in Dallas?

The exact price of liposuction in Dallas will depend on several factors, including location, amount of tissue to be extracted, and the procedure’s difficulty. Patients typically pay between $3,000-7,000 dollars for their treatment. 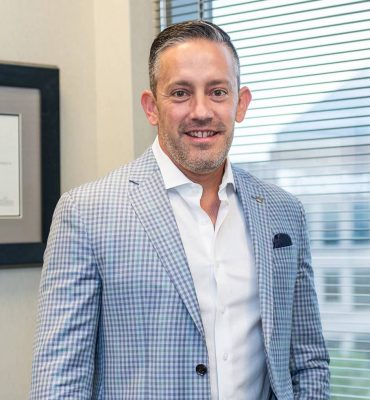